Apraxia (एप्राक्सिया) is a motor disorder caused by damage to the brain in which the individual has difficulty with the motor planning to perform tasks or movements when asked, provided that the command is understood and the individual is willing to perform the task. The nature of the brain damage determines the severity, and the absence of sensory loss or paralysis helps to explain the level of difficulty. The term comes from the Greek ἀ- a- (without) and πρᾶξις praxis (action). Since no medication has been shown useful for treating apraxia, Siddha Spirituality of Swami Hardas Life System proves useful. Hence, read this article till the end so that you can learn a few methods so that you can use them effectively for self or others.

The inability to execute a voluntary motor movement despite being able to demonstrate normal muscle function. Apraxia is not related to a lack of understanding or to any kind of physical paralysis. 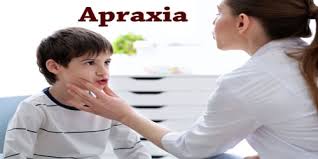 There are several types of apraxia including:

These patients have deficits in their ability to plan or complete motor actions that rely on semantic memory. They are able to explain how to perform an action, but unable to imagine or act out a movement such as “pretend to brush your teeth” or “pucker as though you bit into a sour lemon.” However, when the ability to perform an action automatically when cued remains intact, this is known as automatic-voluntary dissociation. For example, they may not be able to pick up a phone when asked to do so but can perform the action without thinking when the phone rings.

There is also a loss of ability to voluntarily perform a learned task when given the necessary objects or tools. For instance, if given a screwdriver, the patient may try to write with it as if it were a pen, or try to comb their hair with a toothbrush.

The inability to draw or construct simple configurations, such as intersecting shapes.

The loss of ability to have normal function of the lower limbs such as walking. This is not due to the loss of motor or sensory functions.

Voluntary movements of extremities are impaired e.g. a person affected by limb apraxia may have difficulty waving hello.

Difficulty moving the eye, especially with saccade movements that direct the gaze to targets. This is one of the 3 major components of Balint’s syndrome.

Difficulty planning and coordinating the movements necessary for speech e.g. Potato=Totapo, Topato. AOS can independently occur without issues in areas such as verbal comprehension, reading comprehension, writing, articulation or prosody.

Apraxia is most often due to a lesion located in the dominant (usually left) hemisphere of the brain, typically in the frontal and parietal lobes. Lesions may be due to stroke, acquired brain injuries, or neurodegenerative diseases such as Alzheimer’s disease or other dementias, Parkinson’s disease, or Huntington’s disease. It is also possible for apraxia to be caused by lesions in other areas of the brain including the non-dominant (usually right) hemisphere.

Ideomotor apraxia is typically due to a decrease in blood flow to the dominant hemisphere of the brain and particularly the parietal and premotor areas. It is frequently seen in patients with corticobasal degeneration.

Ideational apraxia has been observed in patients with lesions in the dominant hemisphere near areas associated with aphasia; however, more research is needed on ideational apraxia due to brain lesions. The localization of lesions in areas of the frontal and temporal lobes would provide an explanation for the difficulty in motor planning seen in ideational apraxia as well as its difficult to distinguish it from certain aphasias.

Constructional apraxia is often caused by lesions of the inferior non-dominant parietal lobe and can be caused by brain injury, illness, tumor or other conditions that can result in a brain lesion.

Although qualitative and quantitative studies exist, there is little consensus on the proper method to assess for apraxia. The criticisms of past methods include failure to meet standard psychometric properties as well as research-specific designs that translate poorly to non-research use.

Treatment for individuals with apraxia includes:

Generally, treatments for apraxia have received little attention for several reasons, including the tendency for the condition to resolve spontaneously in acute cases.

Scientists have made a breakthrough in identifying a potential cause of the most severe child speech impediment — apraxia. One in 1000 children has apraxia, but understating the origins of this debilitating speech disorder has until now remained elusive. Speech pathologists have identified anomalies in a key speech pathway of the brain connected to speech.

One in 1000 children has apraxia, but understating the origins of this debilitating speech disorder has until now remained elusive. A team of researchers, led by MCRI speech pathologist Prof Angela Morgan, has identified anomalies in a key speech pathway of the brain connected to speech.

Many parents today have the cord blood of their newborns collected at birth and stored for the possibility of later use. Why do some parents do this? Stem cells are “multipotent”, which means these cells retain the ability to develop into the specialized cell types found in an adult body: blood, skin, muscle, nervous system cells, bone, etc.

The prognosis for individuals with apraxia varies. With therapy, some patients improve significantly, while others may show very little improvement. Some individuals with apraxia may benefit from the use of a communication aid. However, many people with apraxia are no longer able to be independent. Those with limb-kinetic and/or gait apraxia should avoid activities in which they might injure themselves or others.

However, because people with limb apraxia may have trouble directing their motor movements, occupational therapy for stroke or other brain injuries can be difficult.

Everybody must practice Siddha preventive measures, whether a person is affected with apraxia or not, but preventive measures are the primary steps for switching on to any other Siddha energy remedies, and hence they are important. It helps in one’s capability, effectiveness, and productivity, decision making power, intellectuality and removing minor health problems. There are three types of preventive measures:

This unique Siddha Shaktidata Yog of Siddha Spirituality can solve the problems related to apraxia with free Siddha energy remedies. There is no compulsion of training of ‘Swami Hardas Life System’ methods. This not only gives benefits to self but also it can be used for other affected persons, whether a person is in the same house, distantly available in the same city, same nation or might be in any corner of the world, however, both the procedures have been explained here.

Recite this Sadhana with a Sankalp “My problems of apraxia are solved as early as possible and I should gain health”, which should be repeated in mind 3 – 3 times every after each stanza. Any person irrespective of caste, creed, religion, faith, sex, and age can recite this Sadhana for free, which should be repeated at least twice in a day. To know more, please click on this link.

These products work on the concepts of ‘Conceptual Creative Positive Energy’ (CCPE) within the provisions of the ‘CCPE Life System’ and the theory of Quantum Technology to a certain extent. However, the products get activated only whenever touched by a human and then they become capable of solving the problem and achieving health. However, please use these products for apraxia as mentioned below:

CCPE Booster: Keep one Booster over the Agya Chakra and another one each over the head, heart and naval or affected limb for 3 – 6 minutes. You may need to have 4 Boosters, which establishes positivity.

In view of the above, I am confident that you have learned about apraxia, definition, symptoms, causes, diagnosis, prognosis, stem cell therapy, new breakthrough, and treatments. You also learned free Siddha energy remedies. Now, you have become self-sufficient, hence its right time to use your acquired knowledge for solving problems as per the provision available in Siddha Spirituality of Swami Hardas Life System.

After reading this article, what are your thoughts? Would you please let me know?